7 Opening Scenes Better Than Their Movie

One of, if not the, most important part of a movie is the opening scene. It’s what is used to grab the audience, get them hyped, and prepare them for what’s to come. Well at least that’s theory. For some films it sets such a high standard that the film itself just can’t match it. For others it’s just the best idea the writer had and it’s all downhill from there. Either way it can be frustrating.

Even worse it can effect a variety of movies. Poor opening scenes have effected all kinds of films from beloved superheroes to beloved cult classics. Still don’t believe me? Here’s a list of 7 Opening Scenes Better Than The Movie. 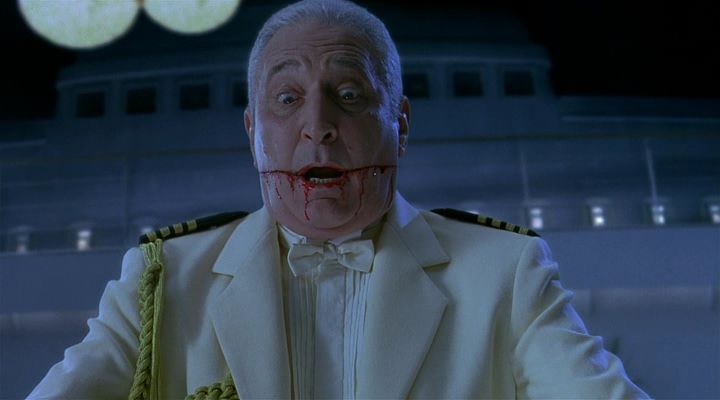 If there were a definitive example of what I mean by an opening being better than the movie it would be 2002’s Ghost Ship. We open on the luxurious Antonia Graza in 1962. An elegant dance under the stars with a young girl dancing with the ship’s captain at its center. Suddenly a steel cable is cut and tears through the crowd. Nobody can react before their bodies are cut in half. Bloody, mysterious, intriguing it is the perfect set up for a haunted boat film. What we get instead is a slog of a movie with a random nu metal song because, well, it was 2002.

Adapting comic books has to be a daunting task. From creator and studio input to hardcore fans analyzing your every choice you make it has to be frustrating. Doubly so when it’s an adaption of something as critically and commercially successful as Watchmen. Still relatively new (at the time) director Zack Snyder was up to task and the results were divisive. The biggest point of contention being it’s (sometimes over) faithfulness to the comic. Whether you liked it or not it led to an epic opening to the film. A panel-by-panel recreation of the comic of The Comedian’s murder Snyder meticulously gets every detail right. From the positions the actors are in to the angles used it is the perfect way for us to enter this murder mystery. It’s followed by one of the coolest opening credit scenes in recent years. Set to Bob Dylan’s “The Times Are a Changin” we follow the rise, and fall, of the original Minutemen in the 1930’s. It condenses a decades worth of character and backstory into a stylish and effective montage. While it’s easy to mock Zack Snyder now perfectly crafted scenes like this are perfect examples of why he is popular in the first place. Speaking of Zack Snyder…

The only other group as dedicated as comic fans are horror fans. When a classic like Dawn of the Dead is remade they will go in with their knives sharpened. Snyder must have known this because he opens things up with a bang. Nurse Ana is wakes up to what seems like a normal day only to be greeted by a neighborhood girl with blood smeared on her face. Trying to help the child Ana’s husband is bitten by the girl and instantly turns. Ana escapes from her home to see a world ravaged by the virus. Without hyperbole this is my favorite representation of the zombie virus spreading. With gore, suspense and even a Johnny Cash song it is the perfect set up for a fairly fun zombie movie. 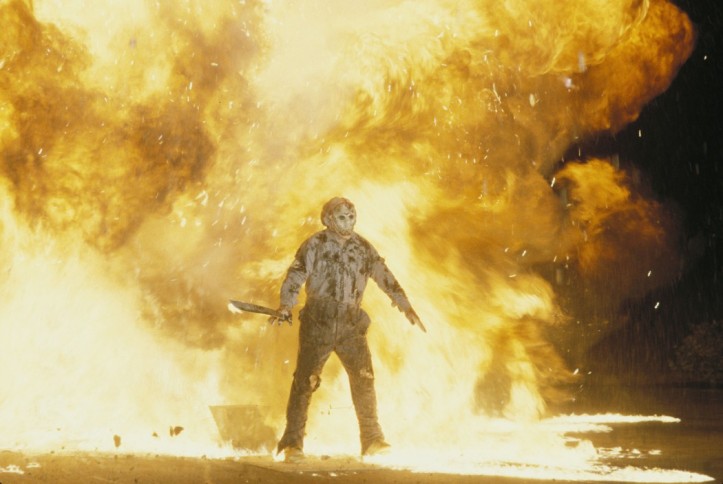 How will Jason Voorhees die this time? That’s one of the most fun questions about the Friday the 13th series and Jason Goes To Hell wastes no time with the answer. Lured back to Camp Crystal Lake he chases after a helpless, scantily clad woman. Or so he thinks. He is led into an opening when flood lights illuminate the slasher. An FBI strike team comes in guns blazing and quite literally shred Jason to pieces. It is an epic opening to a movie that quickly falls off a cliff.

All things considered 28 Weeks Later is a good sequel. It’s a very fun action-zombie movie it just happens to not be as good as the original. The closest it gets is with its intro which, just so happens, to happen during the first film. Don, his wife Alice, and a group of survivors are squatting in a cottage outside of London. Letting in a boy looking for shelter they quickly realize that he was being pursued by a legion of the infected. Don, Alice and the boy are forced upstairs while the others are eaten one by one. With Alice refusing to leave the child behind Don escapes through an open window just before the infected kill his wife. It’s is a thrilling and heartbreaking set up for Don and explains his (quite frankly ridiculous) actions later in the movie.

Belly was hip hop’s attempt at making a gangster movie classic. It was alright. What makes it stand out from countless direct-to-video movies is the film’s beginning. Feeling more like a music video (which makes sense considering Hype Williams directed Belly) the scene is set to an acapella version of Soul II Soul’s song “Back to Life”. Legendary hip hop spot The Tunnel is drowned in black light and dancers as Nas and DMX enter the club. Separating we watch their gang prepare and rob the night club, killing 5 people. It’s a beautifully shot piece and is the perfect encapsulation of the style and excess of late 90’s hip hop.

Now before we start I think The Conjuring 2 is a fun movie. Like 28 Weeks Later it just has the misfortune of coming after a great first film. That said the best part happens in the first five minutes. The Warrens are holding a séance in the infamous Amityville home. Seeing if Ronald DeFeo Jr.’s murders were the result of demon possession Elizabeth Warren relives the massacre. She reenacts DeFeo’s actions in brutal detail before being lured away by a demonic presence. Vera Famiga sells the whole thing beautifully and James Wan’s ability to create chills is impeccable. Not only is it the highlight of The Conjuring 2 but better than any of the actual Amityville movies.

Those are 7 Opening Scenes Better Than The Movie. Did I miss one of your favorites? Do you disagree? Hit up the comments section and let me know.