5 Box Office Bombs That Could Have Awesome Sequels

It feels like the major studios are relying on sequels now more than ever. Whether it’s bringing back a long dormant franchise or continuing to create a universe sequels and soft reboots seem to be the order of the. It’s hard to argue too because it’s quite profitable. Even movies that performed expectations either have (The Thing, Haunting in Connecticut) or have sequels planned (Hansel & Gretel: Witch Hunters). Unfortunately there are some movies with real potential for sequels that are overlooked. With all that in mind here are a list of 6 box office flops that deserve a sequel. 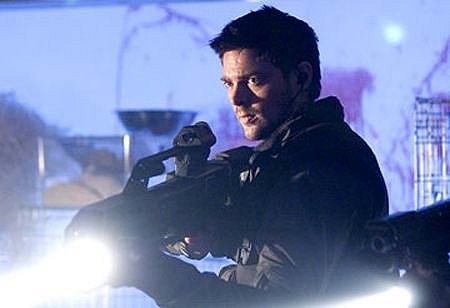 Why The Movie Failed
Despite actually liking the movie it’s easy to see why it was a flop. Shoddily directed it features a corny plot, no demons from Hell, and has some of the worst lighting in film history. Add the fact that it didn’t recoup it’s $60 million budget by $5 million and it’s easy to see a studio passing on a sequel.

How A Sequel Could Work
Doom ended with Reaper (Karl Urban) and his sister Sam (Rosemund Pike) leaving the facility and heading back to Earth’s surface. This would be the perfect time to make it more like the games and have Earth be some crazy hell scape with monsters and rabbit head on pikes. I know it sounds corny but it would not only add some extra oomph the first movie lacked but it would satisfy hardcore fans of the franchise. Heck you could even fix the lighting problem by having hell fire everywhere. You could finally deliver the Doom movie everyone wanted the first to be.

Why The Movie Failed
The bigger question is where did the film succeed? From the the acting to the direction to the plot it’s an absolute mess. Even with a great fight choreography team (Including people who worked on John Wick, Spider-Man 2 and The Heroic Trio) the film lacked any punch. This movie fails on pretty much every level.

How A Sequel Could Work
At the end of the movie we are teased about there being a World Warrior tournament featuring a Japanese fighter named Ryu. An obvious sequel hook that will never happen because the movie sucked. Even more frustrating is that this is what the movie should have been in the first place. At this point all of the live Street Fighter movies have had very little street fighting. Despite there being a total of three live action movies none of them were actually about a fighting tournament. With a more creative fight team and a better director (aka not the guy who directed Doom again) this obvious choice could be the best.

Why The Movie Failed
The directorial debut of then-writer James Gunn (Super, writer of Dawn of the Dead 2004) had a lot of critical buzz going for it. With an great cast and an even better script by all means Slither should have been a big hit. Unfortunately the film was a flop failing at the box office while lesser sequels to horror films thrived.

How A Sequel Could Work
A certain movie called Guardians of the Galaxy happened and it was huge. Gunn quickly became one of the most sought after directors/writers in Hollywood. Unlike some directors he also seems to still be connected with his horror roots with writing credits on the upcoming movie The Belco Experiment. With all this in mind I think a sequel to Slither could be done. At the end of the B-movie splatter flick we have a post-credits scene showing one of the space slugs attaching itself to a cat. Now imagine a world where humans are at war with an alien that can possess and mutate anyone. While I know the movie should probably stay a one-off type deal I can’t help but think that James Gunn manning the ship of a World War Z/The Thing hybrid would be the best movie ever.

Why The Movie Failed
In all actuality this movie wasn’t a bomb. When it comes to actual box office Expendables 3 at least doubled it’s budget. However despite making more money it sold less tickets than the previous two films. In my opinion there are two main factors. The bigger of the two being that the film leaked at least a month before the film came out. I can easily seeing people choosing that over the hassle of seeing a movie in the theaters. The other factor is that they went with a PG-13 rating. Meant to attract a younger audience it only increased under-25 audience members by 34%. Even writer/star Sylvester Stallone admitted it was a mistake. Needless to say Expendables 3 dropped the ball in quite a few ways.

How A Sequel Could Work
Of all the movies on the list a new Expendables is probably the easiest to pull off. Have the old guys come around, kill some people in a soft R-rated manner and use the new recruits from the last movie sparingly. You already have people like The Rock and Van Damme wanting to join (or return to in JCVD’s case) the franchise so why not just go out there and make the funnest, nostalgia tinged action movie you can do? As for the plot you can have The Rock leading a team of anti-Expendables and do the doppelganger gimmick. Sure it’s cheesy but that’s what the franchise thrives on. Plus it opens up Van Damme returning as Claude Villain. I can’t stress enough how much I love this insane idea.

Bonus points if you can get Jet Li to actually be in it as opposed to a cameo. 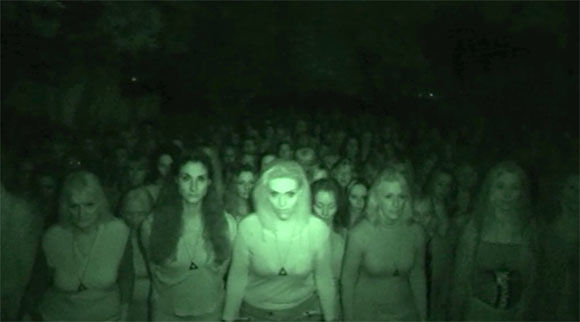 Why The Movie Failed
I actually went over why the movie was a disaster in my review for the movie. The long and the short of it, the latest Paranormal Activity didn’t actually “answer all the questions” as advertised. In fact it left us not only with more questions but a hook for a sequel when all is said and done. While the film was successful financially it still did the worst of the series due to a limited release/early VOD release experiment. While interesting in theory compared to the other movies you could say that financially it was a flop.

How A Sequel Could Work
The story is there. Now that Toby has a body and is taken in by the coven we can finally see what his end game is. Like his real end game not just terrorizing annoying suburbanites. We even have the perfect protagonist in Ali Rey from Paranormal Activity 2. Last seen in PA: The Marked Ones she has been seen researching the witches and learning about the coven. This opens up an easy way to not only conclude certain plot threads but also clarify the goofier things. Heck you could even work in PA: Tokyo Night if you wanted. Ali could be perfect final girl the series needs and be the one to finally take down the “Midwives” and her aunt Katie. You could even pull a Rec 3 and have it be filmed traditionally as opposed to using the found footage gimmick in the other movies. Horror franchises very rarely have a proper conclusion. By their nature they stay alive because of a sense of evil still lurking just around the corner. But with a franchise as big and influential as Paranormal Activity the loyal audience deserves a real ending.